Today’s One People Round Table Discussion was a long one- close to 3 hours. The discussion ranged from Dani’s headlong fall down the Russian side of the Rabbit hole, dealing with Antarctica and the Nazi’s, Thule, and the search for esoteric knowledge, religious artifacts and occult magical rituals.  And of course, UFOs.

…What is really going on in Antarctica?

Donna, Laine and myself recorded a discussion a few days ago about the number 8 & 88 and the Stars (video below), and the UnFucker’s joined in on a conversation about the Dreams that are again appearing, thoughts on the “Veil” or “Membrane” and our Intent to see through it all.

Below is a compilation of the over 13 hours of research Dani did on the topic of Antarctica and the Nazi’s and the main stream coverage of these topics by the Russian Media.  Have fun x

Unveiling the Antarctic Mysteries and Exposing the Cover-up 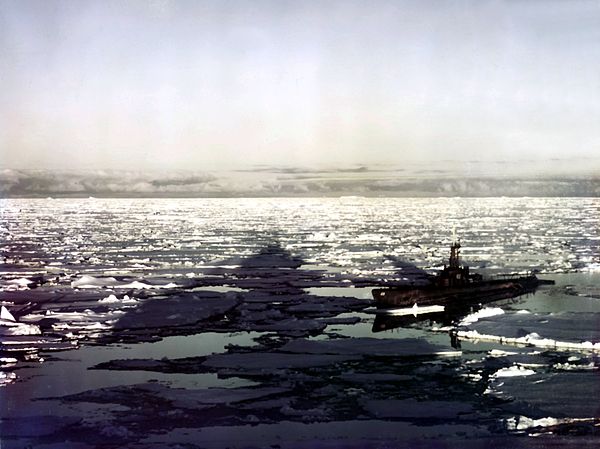 From Wikipedia, the free encyclopedia
For other uses, see Operation Nanook (disambiguation).

Sound (AV-11), USS Atule (SS-403), USCGC Northwind (WAG-282), USS Alcona (AK-157), USS Beltrami (AK-162), and USS Whitewood (AN-63).[1] The mission is mostly documented as cartographic in nature.
From 22 July to 5 August 1946, all activities in Operation Nanook centered on Thule……
Reference: Operation Nanook:. “On 4 July 1946, Atule headed for the frozen north as a member of Operation “Nanook.” The purpose of this mission was to assist in the establishment of advanced weather stations in the Arctic regions and to aid in the planning and execution of more extensive naval operations in polar and sub-polar regions.” 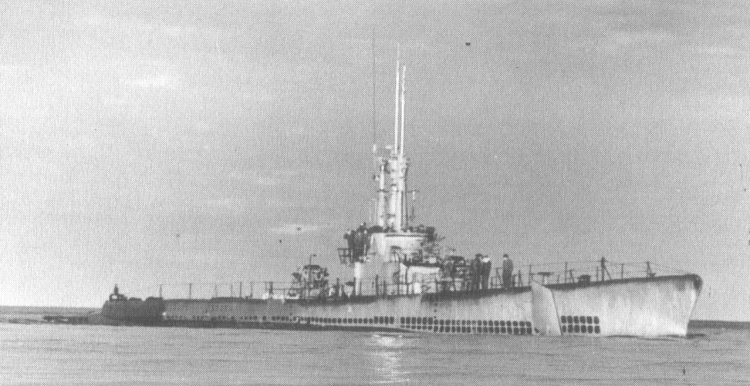 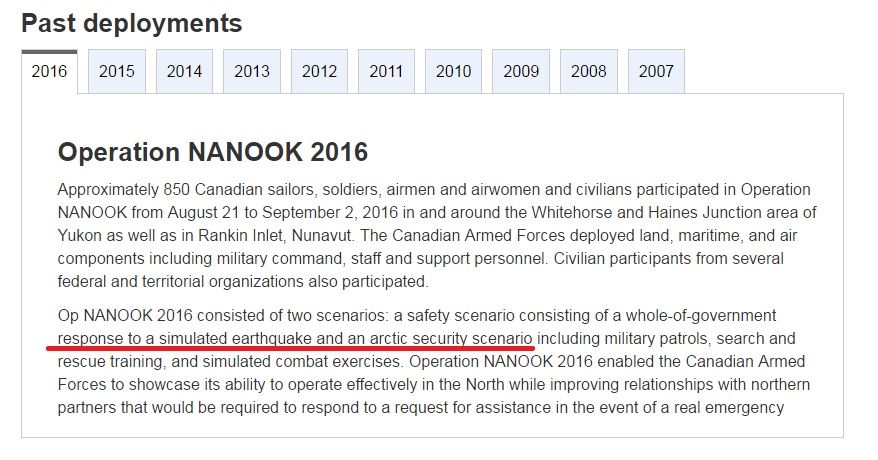 Look what happened yesterday- the first earthquake in Nunavut Canada over 5 mag since 1997! 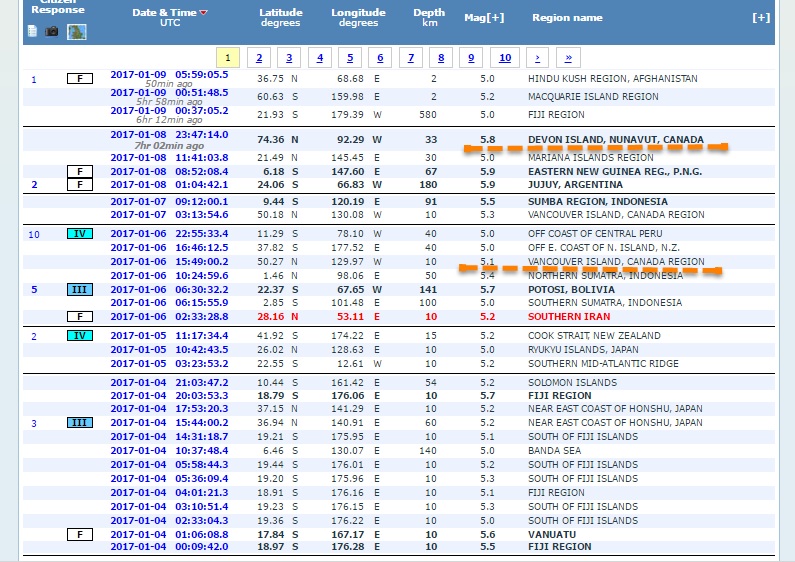 And if you really want to dive into some interesting info, look up “Thule”.

– Thule US airforce base on Greenland (operation Nanook)
– Thule Islands in the south Sandwich Islands off the coast of Argentina and Antarctica
– Ultima Thule in medieval geographies denotes any distant place located beyond the “borders of the known world”
-Ultima Thule is also the name of a location in the Mammoth Cave system in Kentucky,
-Thule lends its name to the 69th element in the periodic table, Thulium.
– Thule,(and) Hyperborea was one of several terrae incognitae to the Greeks and Romans, where Pliny, Pindar and Herodotus, as well as   Virgil and Cicero, reported that people lived to the age of one thousand and enjoyed lives of complete happiness.
– and of course, the Thule Society, which is highly connected to the Nazi rhetoric

But moving back to the subject of Antarctica……

– Greek explorer Pytheas is the first to have written of Thule in 330BC “Thule, those regions in which there was no longer any proper land nor sea nor air, but a sort of mixture of all three of the consistency of a jellyfish in which one can neither walk nor sail, holding everything together, so to speak”

– Edgar Alan Poe’s Poem “Dreamtime” about Thule
“…From an ultimate dim Thule –
From a wild weird clime, that lieth, sublime,
Out of Space – out of Time.

During this period, Himmler had a girl of the Antarktisches Seidlungensfrauen (Translated: Antarctic Settlement Women or ASF) dispatched to Auschwitz. Irma took a fancy to the sky-blue jacket and skirt because “it matched her eyes. She carried her silver-handled whip in one of her gleaming black boots.” She simply transferred her Allegemeine-SS runes and insignia to the ASF garb and made it her personal uniform.

In the May 10, 2003 issue of the (newspaper) ‘Frankfurter Allgemeine’, Polish journalist A. Stagjuk criticized Poland’s decision to send troops to Iraq” to assist with the Allied occupation. “At the end, he said, ‘The next Polish government will sign a treaty with Antarctica and declare war on the USA.'”

(note from D:  I was not able to find the original article quoted here as every search came up blocked!)

General Douglas MacArthur, the Korean and Second World War soldier, said in 1955 that “the next war will be an interplanetary war. The nations of the earth must someday make a common front against attack by people from other planets. The politics of the future will be cosmic, or interplanetary”.

J Edgar Hoover, head of the FBI from its inception in 1935 to 1972, said of a famous incident when flying saucers were allegedly fired at over Los Angeles in 1942: “We must insist upon full access to disks recovered. For instance, in the LA case the Army grabbed it and would not let us have it for cursory examination.”

Monsignor Corrado Balducci, a Vatican theologian, said: “Extraterrestrial contact is a real phenomenon. The Vatican is receiving much information about extraterrestrials and their contacts with humans from its embassies in various countries, such as Mexico, Chile and Venezuela.”

Dr. Herman Oberth, a Nazi rocket engineer who was taken to the US after the war and became one of the fathers of modern spaceflight, said: “It is my thesis that flying saucers are real and that they are spaceships from another solar system.There is no doubt in my mind that these objects are interplanetary craft of some sort. I and my colleagues are confident that they do not originate in our solar system.”

Dr. Walther Riedel, research director at the Nazi rocket research establishement at Peenemunde: “I am completely convinced that UFOs have an out-of-world basis.”

Dr J Allen Hynek, director of the US Air Force’s Project Blue Book investigation into UFOs, said: “When the long-awaited solution to the UFO problem comes, I believe that it will prove to be not merely the next small step in the march of science, but a mighty and totally unexpected quantum leap... we had a job to do, whether right or wrong, to keep the public from getting excited.”

Air Chief Marshal Lord Dowding, commander of RAF Fighter Command during the Battle of Britain: “I am convinced that these objects do exist and that they are not manufactured by any nations on earth.”

Mikhail Gorbachev, the USSR’s last head of state: “The phenomenon of UFOs does exist, and it must be treated seriously.”